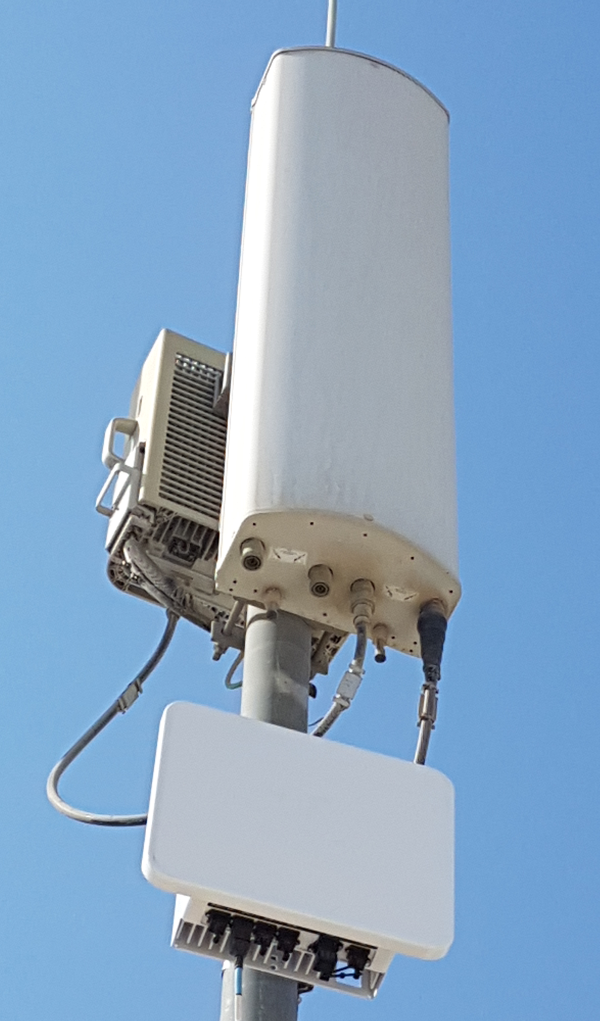 TARANA has made fundamental advances in radio performance that power the industry’s first truly viable wireless transport alternative to the high cost and complexity of fiber back haul in many urban lateral, fixed access and radio back haul applications.

Our Absolute Air 2 solution features 10x gains in spectral efficiency, complete siting flexibility through rock-solid reliability even on fully-obstructed non-line-of-sight links, interference cancellation for dense co-channel and unlicensed-band operation, self alignment on setup, and autonomous adaptation to changing conditions — all in an inconspicuous form factor.

The Challenge
Fixed and mobile access networks are still swamped by ever-rising bandwidth demand. Last-mile fiber is all too often prohibitively expensive or downright impossible to use, given physical constraints where demand is most dense. Prior attempts to meet this challenge with wireless alternatives have failed to fully address four difficult technical issues:

Multipath
Plentiful reflections and diffraction are inherent to the non-line-of-sight (NLoS) connections required in most last-mile applications. Their raw combination can create deep fades across the spectrum band in use, all but eliminating the signal quality required to maintain a high-bandwidth connection.

Co-Channel Interference
In any scenario of commercial interest, NLoS last-mile links will not be deployed in isolation, but rather by the tens and even hundreds in dense metro areas. Inevitably, many of these radios will be within range of each other, thanks to the good signal propagation in the sub 6 GHz bands that makes NLoS possible in the first place. As a result, in architectures without precise interference cancellation, capacity is shared among multiple co-channel links — and per-link capacity decreases directly as a function of the number of nearby radios.

Unlicensed-Band Interference
Attempting to escape the narrow confines of scarce licensed spectrum in the sub 6 GHz bands by joining the unlicensed Wi-Fi crowd in 5 GHz creates a new class of problems. While 5.x band plans around the world appear to offer ample spectrum, a stroll down the street with a Wi-Fi client in any dense urban environment will yield dozens if not hundreds of active networks. The transition to 802.11ac is only making this problem worse. Avoiding interference with the radar systems in the band further reduces practical capacity. Designs based on simple-minded channel hopping to escape interference do not have a bright future in this environment.

Change
As if all the above weren’t enough, urban NLoS challenges are capped off by constant changes in the radio environment. Some fast-moving, like buses and trucks, some slow, such as foliage, and some episodic, like holiday decorations on street furniture. They all spell trouble for any solution that is not capable of rapid and autonomous adaptation. How We Get It Right?

Beam- and Nullforming
TARANA’s advances in last-mile wireless transport hinge on a combination of many antennas, massive processing power, a suite of unique algorithms, and highly efficient physical design. We can’t share all our secret sauce recipes here, but we can give you a broad sense of how we’ve obliterated all the issues defined here.

Precise Beam- and Nullforming
A key pillar of our approach is the proactive concentration of radio energy exactly where it will be productive and creation of the absence of energy where it will not, on both the transmit and receive ends of each link. Commonly referred to as beamforming and nullforming, these tools are essential to cancelling interference, as well as achieving breakthrough spectral efficiency by supporting multiple streams on the same channel to different destinations.

Leveraging Multipath
We’ve shown that the multipath challenge can actually be turned into an asset. Properly managed by the combination of our advanced receiver technology and precise beamforming, the many paths signals travel in complex urban environments can not only be resolved to extract good signal quality in aggregate — they can even be used to improve the connection through proactive system adaptation over time.

Cancelling Interference
Handling interference from inside and outside the Tarana system is an area where our advanced algorithms are particularly differentiated. Armed with ample degrees of freedom and processing horsepower, we don’t have to make ill-fated attempts to evade interference by changing to other channels like everyone else, we can simply cancel it on the spot.

Continuous, Autonomous Adaptation
The algorithms that drive our system’s unrivaled performance operate continuously, enabling rapid startup and continuous adaptation to changing conditions. It works so well we often demo the system with a unit mounted on the back of a vehicle, maintaining full-rate links while driving down city streets.

Well-Proven in the Field
Tier 1 carriers all over the world will attest that we’ve set a new standard for wireless transport performance, opening whole new possibilities in network design.

we connect. IT. we service.